Framed within an old lantern-lit archway, fortifications of Fisherman’s Bastion sit overlooking the city of Budapest, as the moon rises while the sun sets. 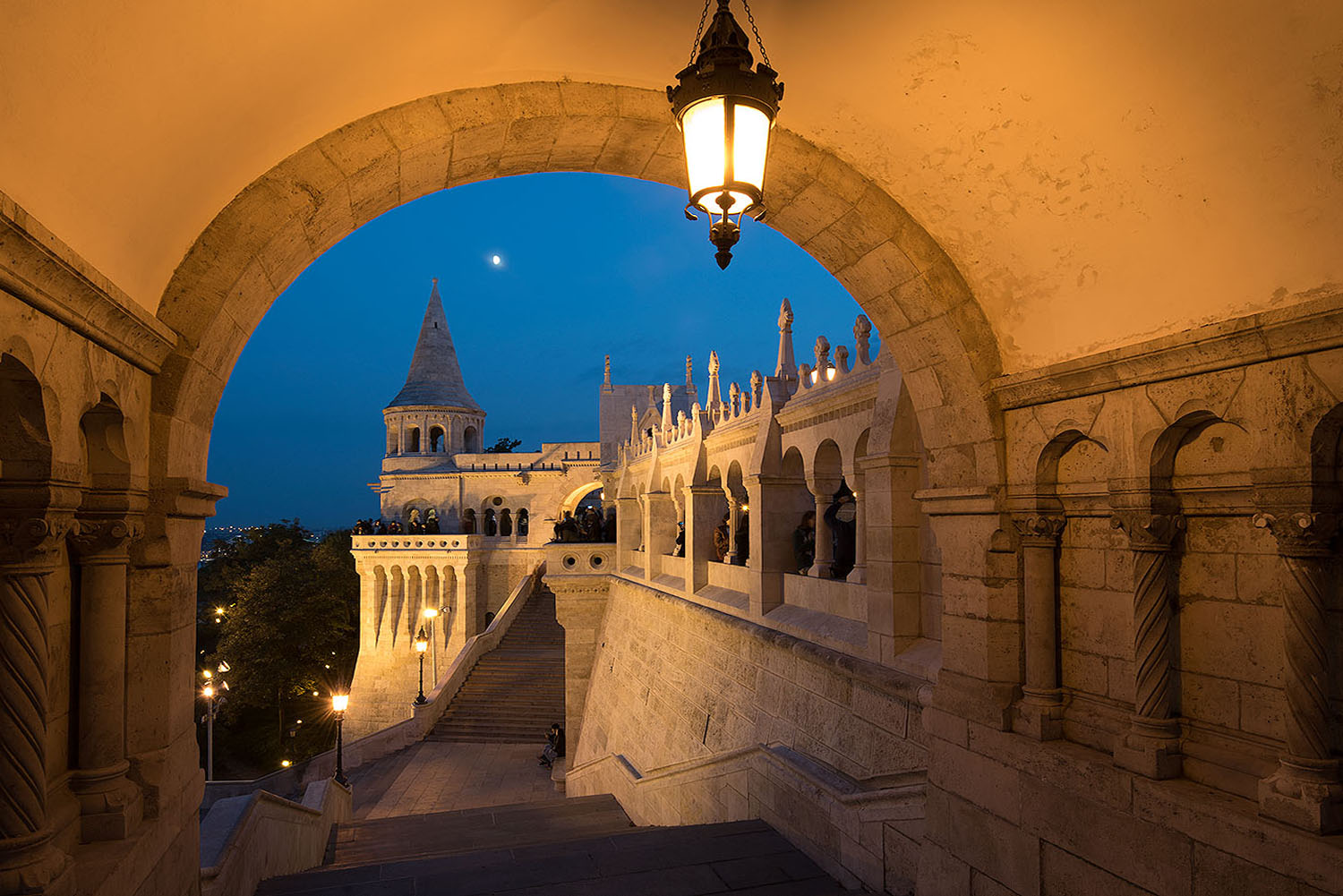 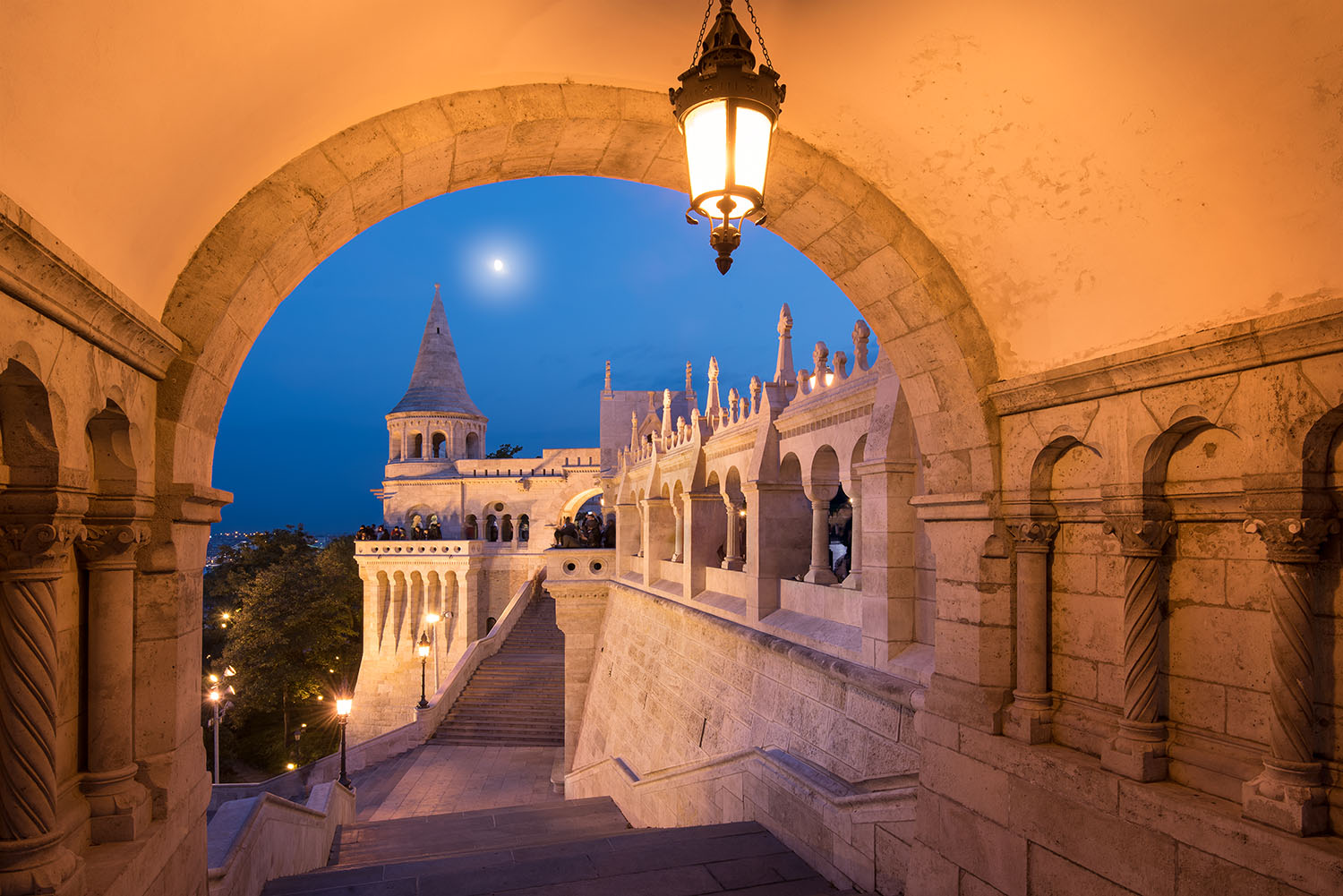 In my pre-trip research on Budapest, I saw many images of the Parliament Building, illuminated golden and reflected in the Danube river. Although stunning and architecturally a masterpiece, I wanted to find somewhere I was able to explore and play around with composition more.

When I came across the old fisherman’s fortress, aptly known as Fisherman’s Bastion, I knew this would be it! Originally constructed as a watch towers, they offer amazing panoramic views over the city of Pesht, and are well worth the walk up.

Built comparatively recently (1902) to the nearby Buda castle (1749), I arrived and scouted a composition, set up early and waited until the crowds dissipated after sunset before capturing this single exposure. Some people were cloned out as you can see in the before/after. The moon was a nice surprise!

Due to aircraft carry on travel restraints, I wasn’t able to carry my usual Manfrotto 190X ProB/MeFOTO tripod with me. Instead, I brought along a Manfrotto MKCOMPACT-LT, which is an absolutely TINY tripod! It actually fit into the inside of my jacket pocket on the flight. This photo was taken on my Nikon D750 + 16-35mm lens, mounted on that lightweight tripod (albeit on the heavier end of it’s 1.5kg load limit).