I recently picked up the new DJI Mavic Air (Fly More Combo, Arctic White) and had the chance to take it for a spin over a couple days at Lake Bled, Slovenia. I had been wanting to add a drone to my travel kit for quite some time now, and as my first drone, these are my initial impressions. 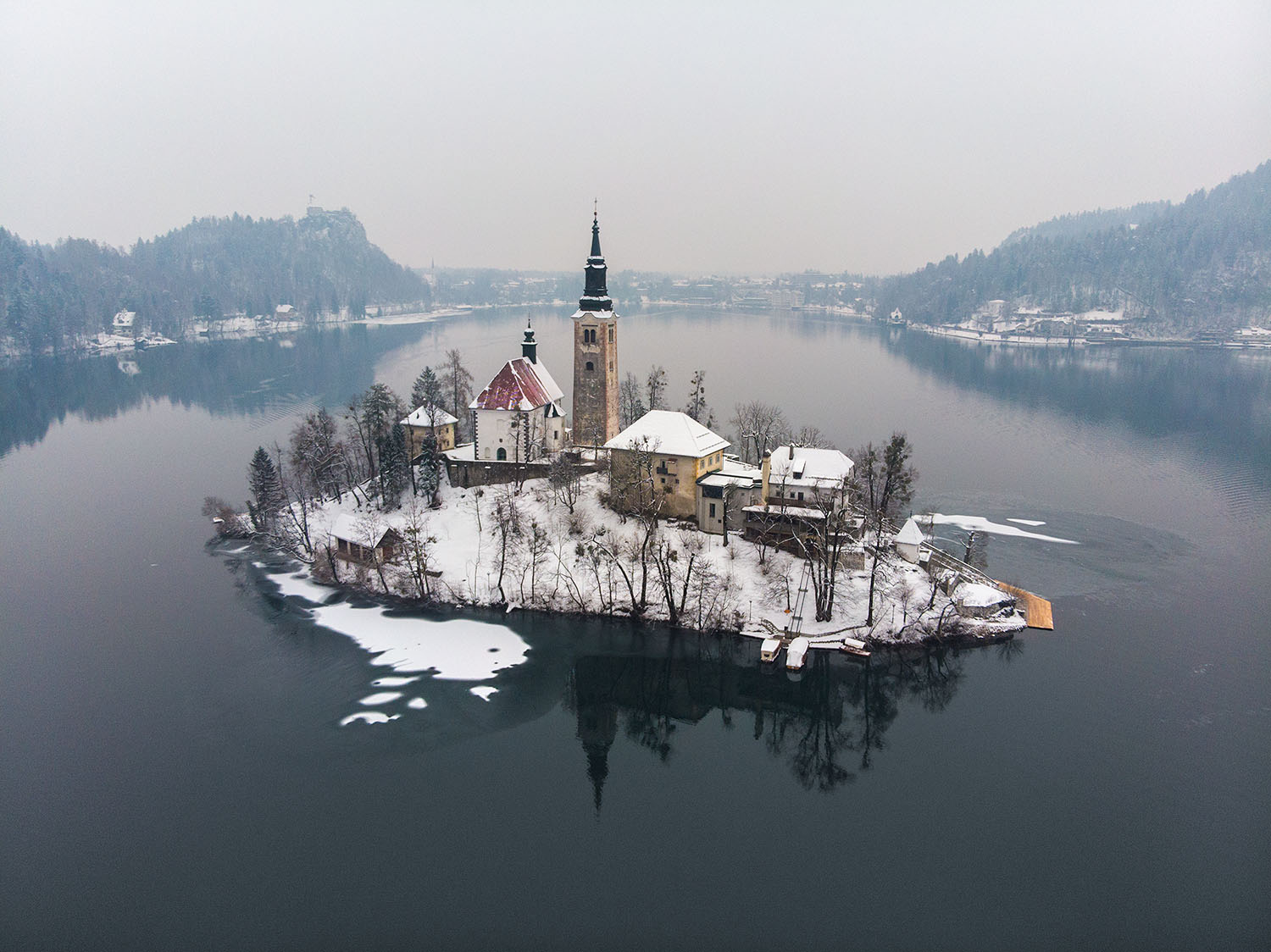 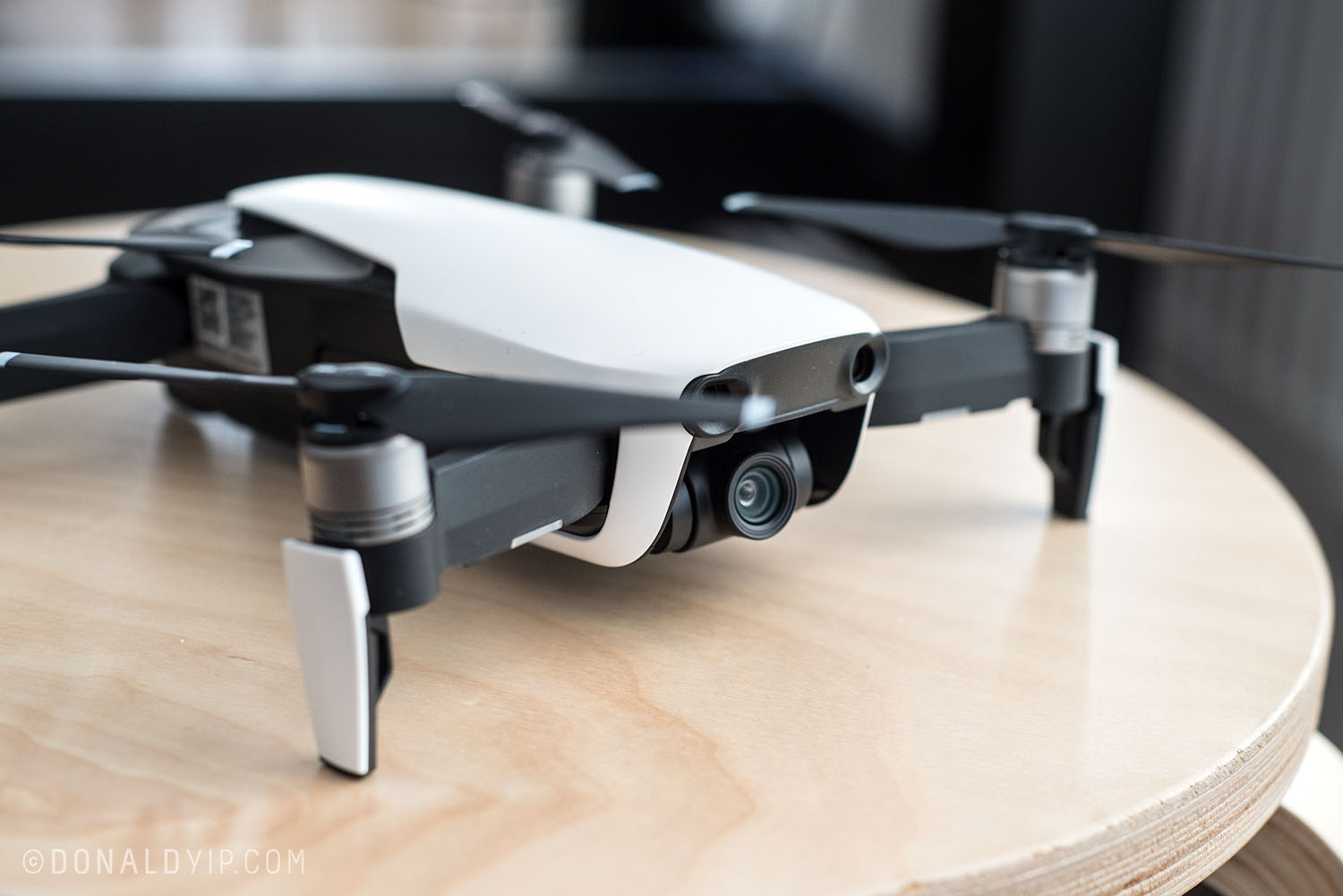 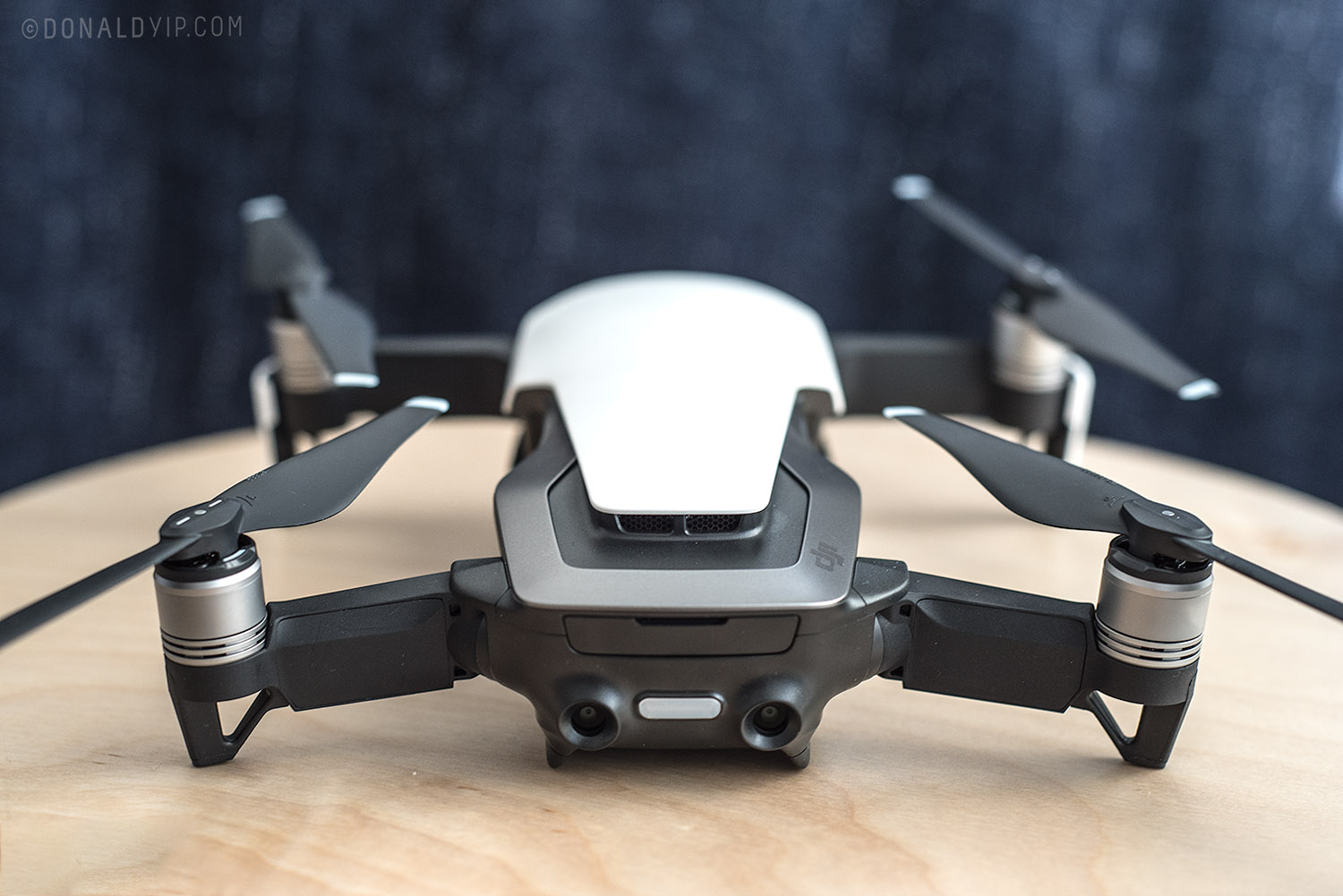 First off, everyone’s said it, but I’ll say it again – the Mavic Air is SMALL! Below is the drone, next to my iPhone 6. The design is superb, and it’s super light as well – perfect portability for travelling. It fits snugly into a small compartment in my Thinktank Airport Essentials backpack. 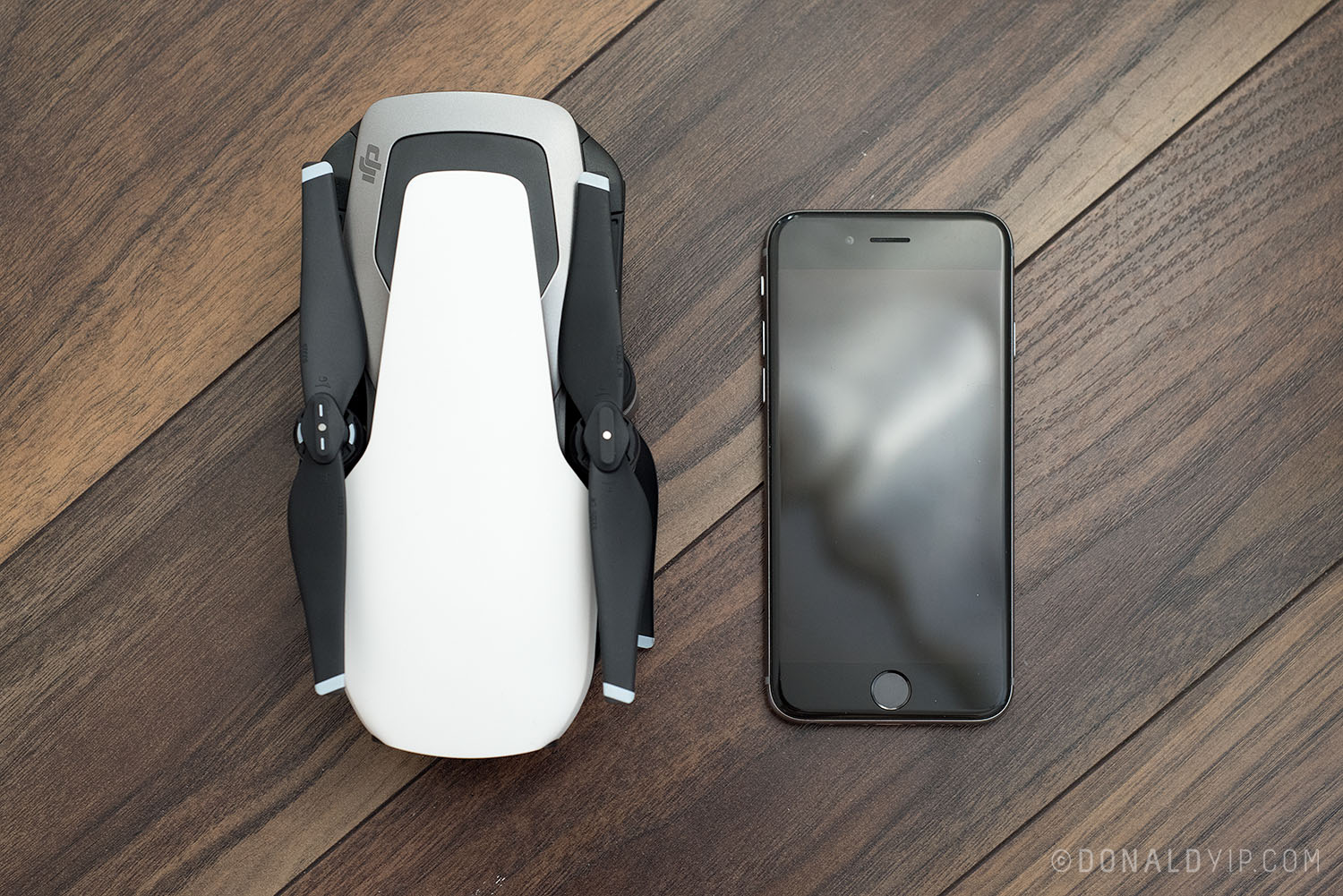 The conditions for photography in Slovenia were, in a nutshell, difficult and very harsh. We were there in the midst of a deep freeze that had gripped the entire continent of Europe. Visibility was bad – I’d estimate it to have been around 200-300 metres maximum, at times only 100m. I made the most of any breaks in the weather, and tried to fly in these windows.

Temperatures were in the negatives. It wavered between -8 to -3 celcius. As a result of these freezing temperatures, the batteries were hit hard. As most of you probably already know, the performance and life of batteries is drastically reduced in cold temperatures – the colder it is, the faster the drain. 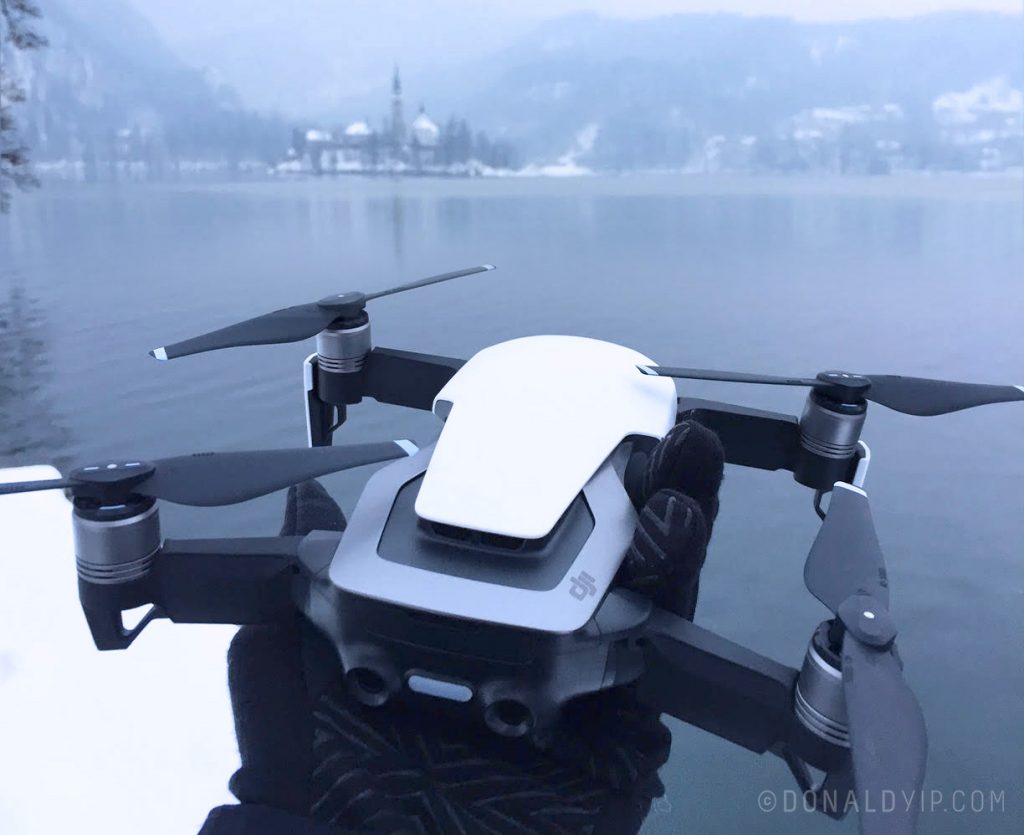 From the advertised 21 minutes flight time for the Mavic Air, I only achieved 13-15 minutes on each flight, which was still more than ample time for me to take loads of images, without any pre-determined flight plan or path. And considering how cold it was, I was even more impressed!

Note however that each battery had to be kept warm in my pockets, under 3-4 layers of other clothing. A few times straight after take off, a warning from the DJI Go 4 app alerted me that the battery temperature was under 15 degrees celcius, and to warm it up to at least 25 degrees.

I also forgot to wear gloves the first time. My hands were frozen and stinging by the time I landed the drone. Don’t forget them if you’re flying in sub-zero temperatures. 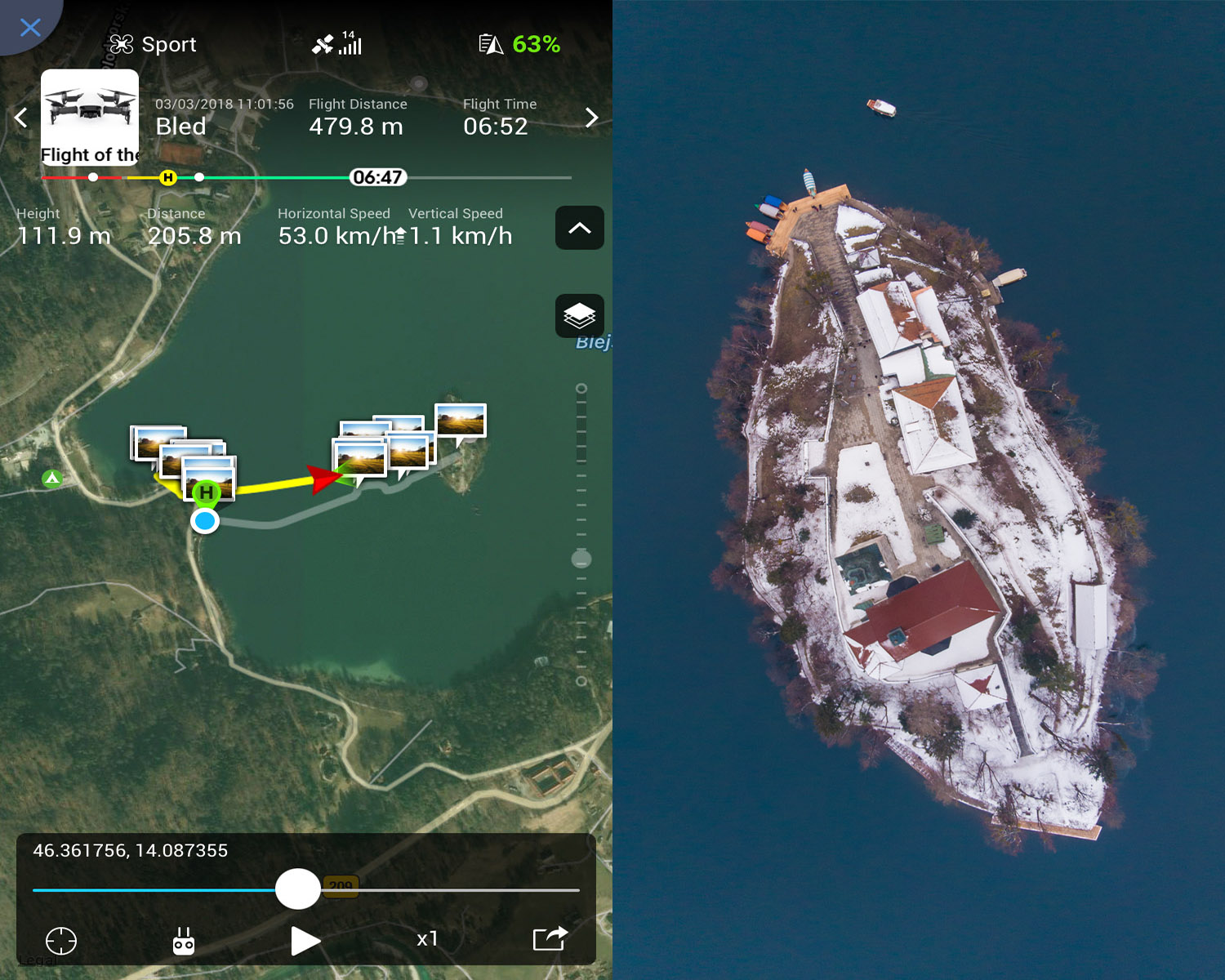 Distance was not an issue – I managed to take it about 1600m out at one point, whilst maintaining a clear view on my phone. No lag was present, and the status was ‘Ready to Go (GPS)’ (meaning it had sufficient lock on to the minimum amount of satellites). Albeit, I was in a very rural location with low interference. I’d like to test this in a more built up/populated area.

Slightly annoying, were that the arms of the Mavic Air remote control block the light sensor on my iPhone, dimming the screen to the lowest. If you have an iPhone X, this would also block your face ID sensor. It comes with other cables and connectors for Android etc. 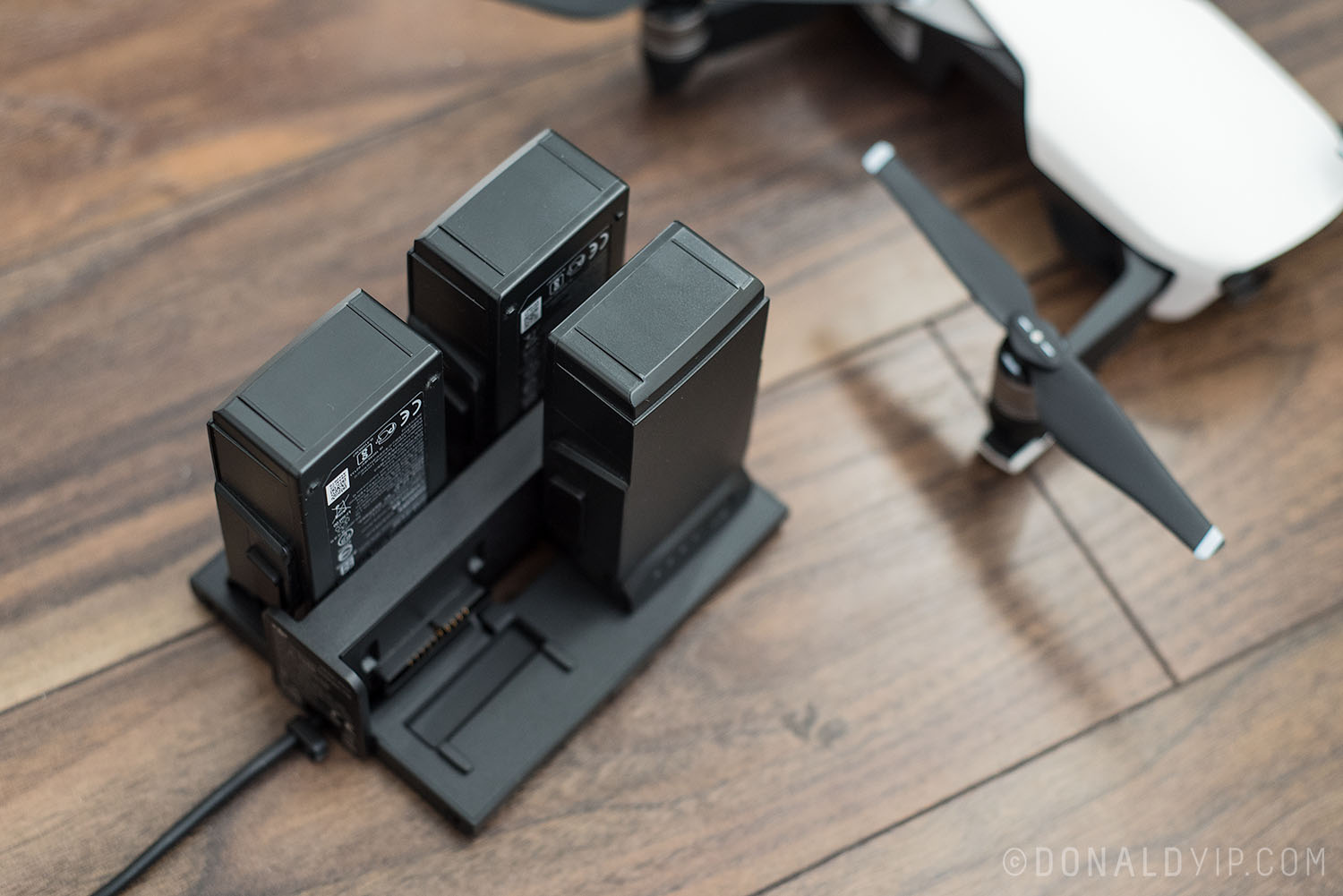 The Mavic Air Fly More Combo is absolutely worth the money, just for the batteries alone. The rest of the kit is super handy as well – you get a multi-battery charging dock (worth noting it charges them sequencially), extra propellers, a nice travel bag, and other little bits and bobs.

All in all, the new DVJI Mavic Pro is an absolute blast to fly and photograph with, and I look forward to taking it my next trip to the Lake District in the UK.

I’ve got plenty more great images from Slovenia I’d love to share soon, but here’s a before and after, with quick adjustments made in Lightroom from the RAW file. 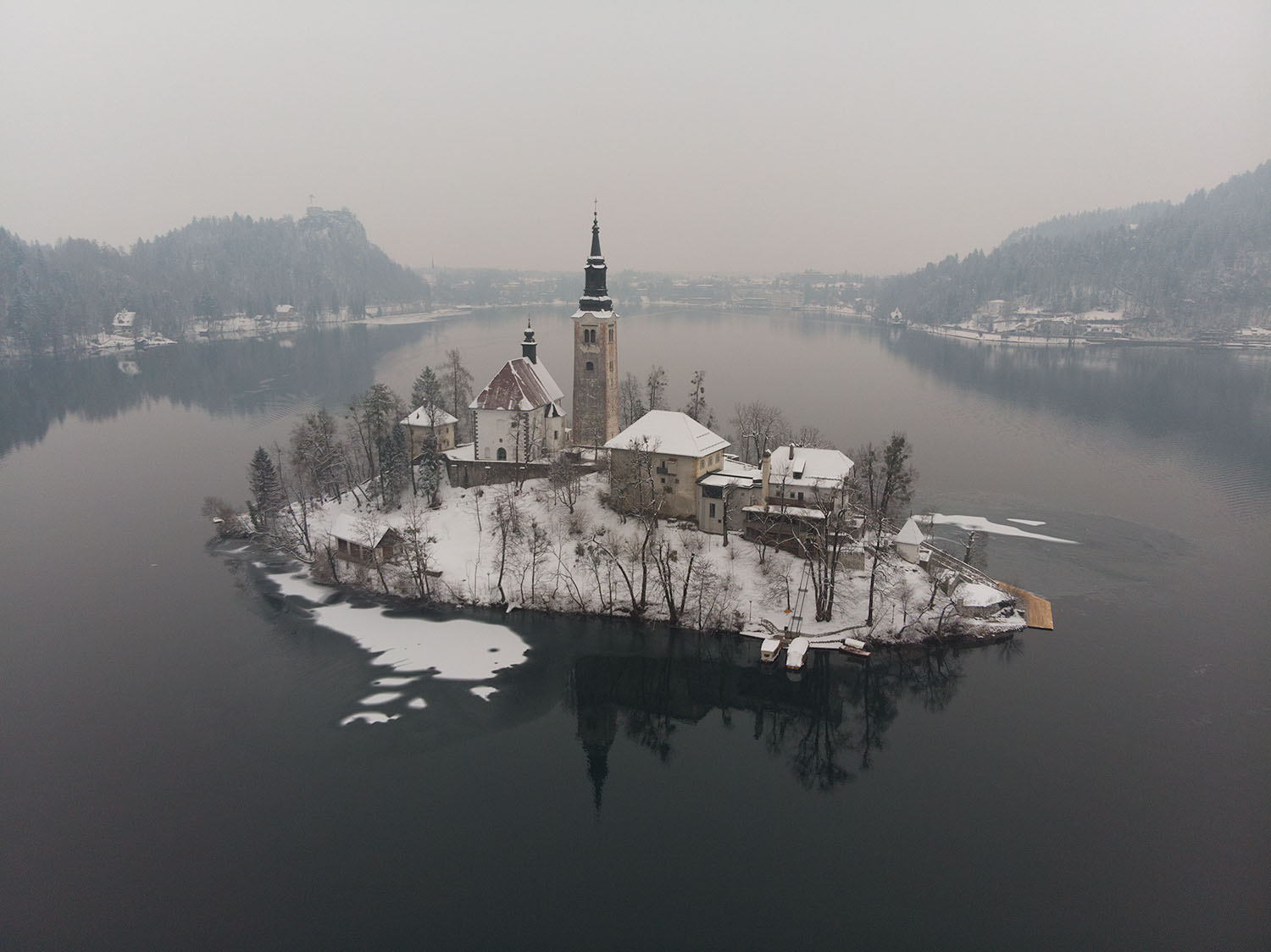 Manual Mode
ISO 100. Always the lowest possible for a cleaner image
RAW Quality
AWB (Auto White Balance). This doesn’t matter as we are shooting in RAW anyway, so WB can be changed in post-processing
AEB (Auto Exposure Bracketing). Allows for error in exposure, as well as multiple exposure blending if desired later
Aperture: f/2.8 – no choice in this – the Mavic Air aperture is fixed!
Shutter speed: 1/1500 – chosen as ambient light was plentiful, and didn’t want to risk blur from movement

This error message is only visible to WordPress admins