In the shadows of mountains, the old salt-mining village of Hallstatt lies nestled at the edge of a glass lake, frozen in time. 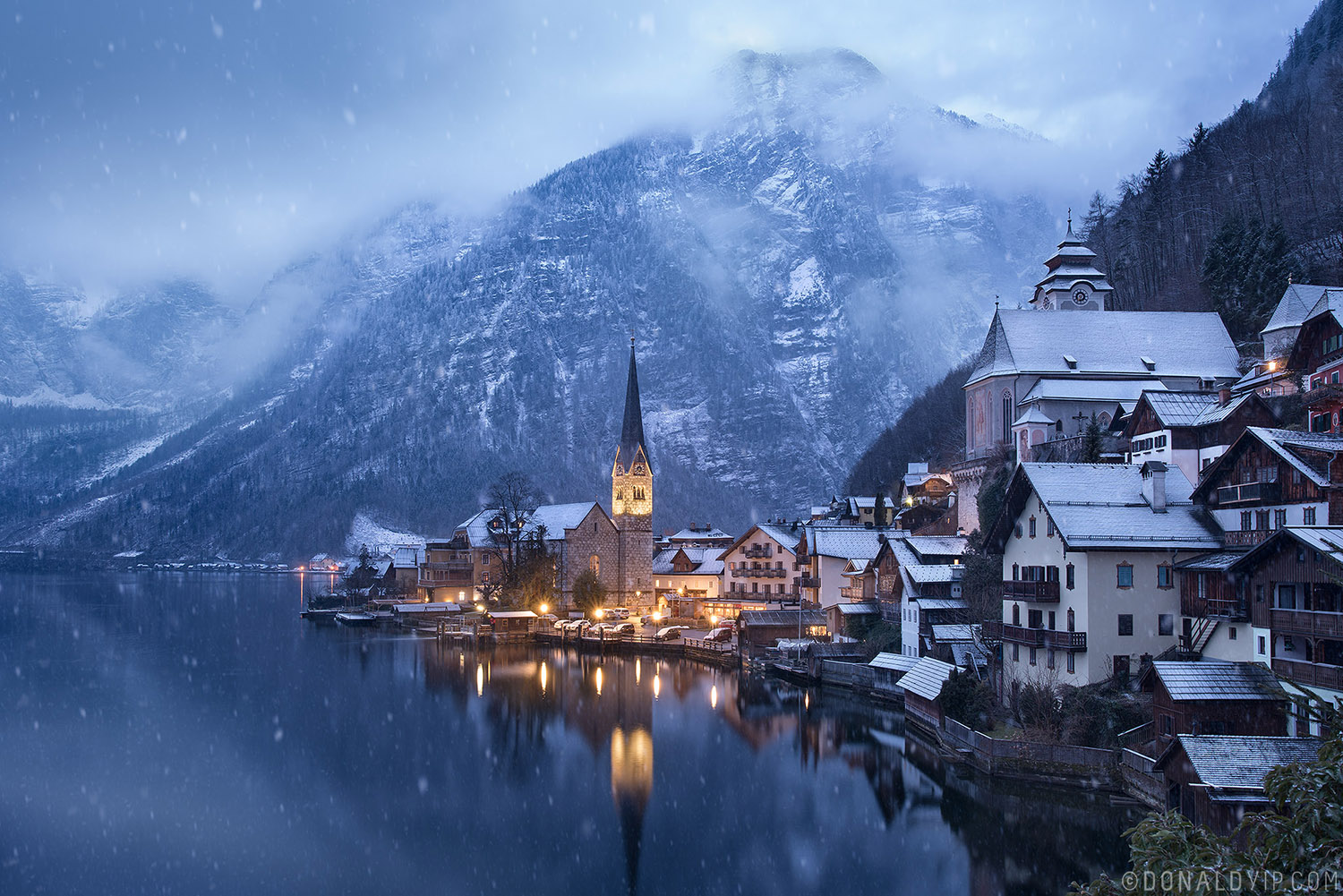 Couldn’t leave Hallstatt without taking this shot! I had envisaged the conditions in my head months before I even arrived.

I specifically chose to visit here in the dead of winter (January) to maximize the chance of a good snow fall. Although not heavy, it was enough to coat everything nicely.

This was photographed well before sunrise, and all the elements came together nicely:
– A crystal calm reflection on the lake
– The town of Hallstatt had a good covering of snow
– The mountain side also had a good cover of snow
– Enough lights remained on through the night
– Dramatic clouds framed the scene nicely

We stayed in the actual town of Hallstatt itself which made for an easy trek in the pre-dawn dark, and since we were there in the off-season, rates were quite low.

This did come with many drawbacks however– most shops and restaurants were closed, as well as the funicular that takes you up to the top of the mountain behind the town. We hiked up instead, and the view was stunning! 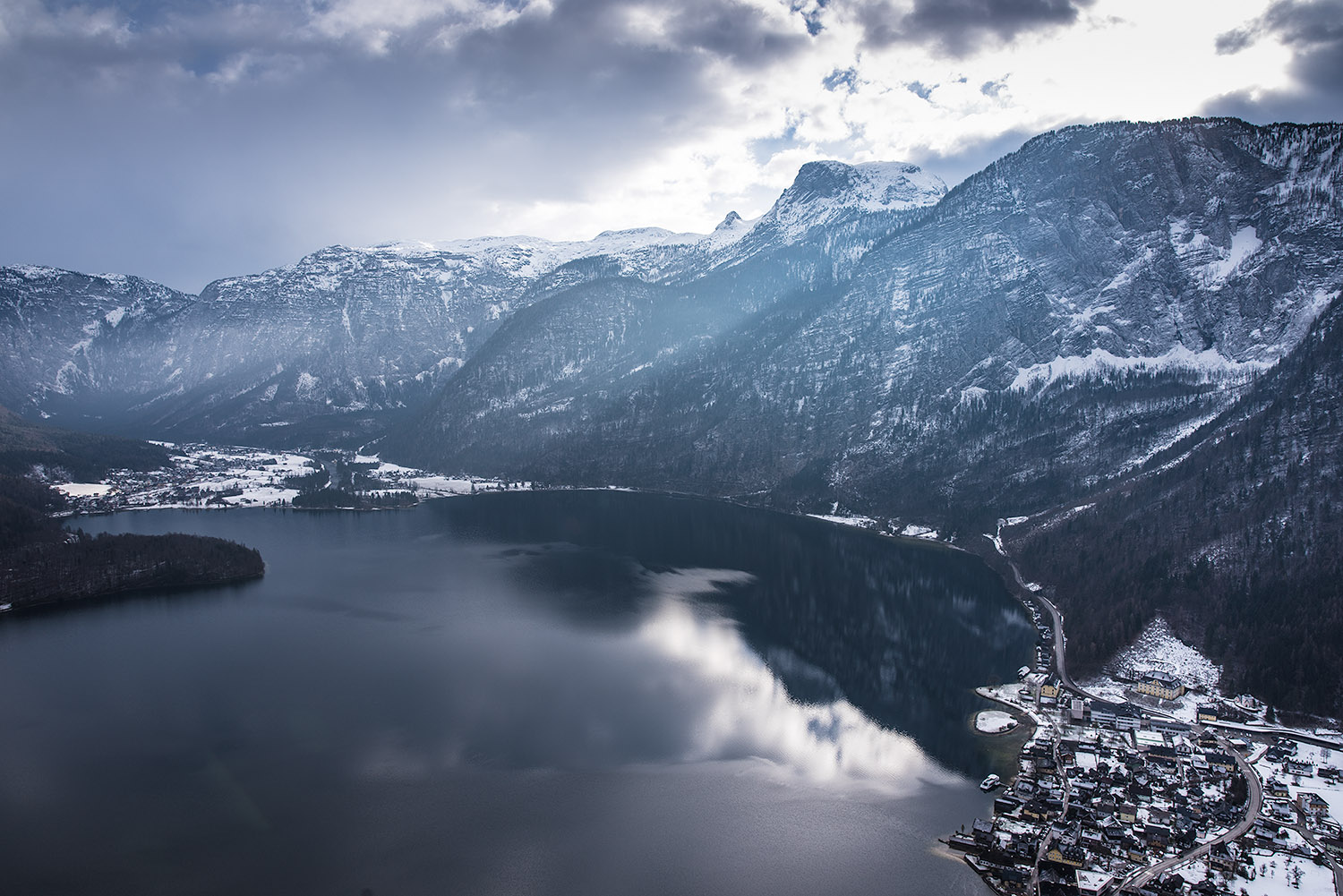 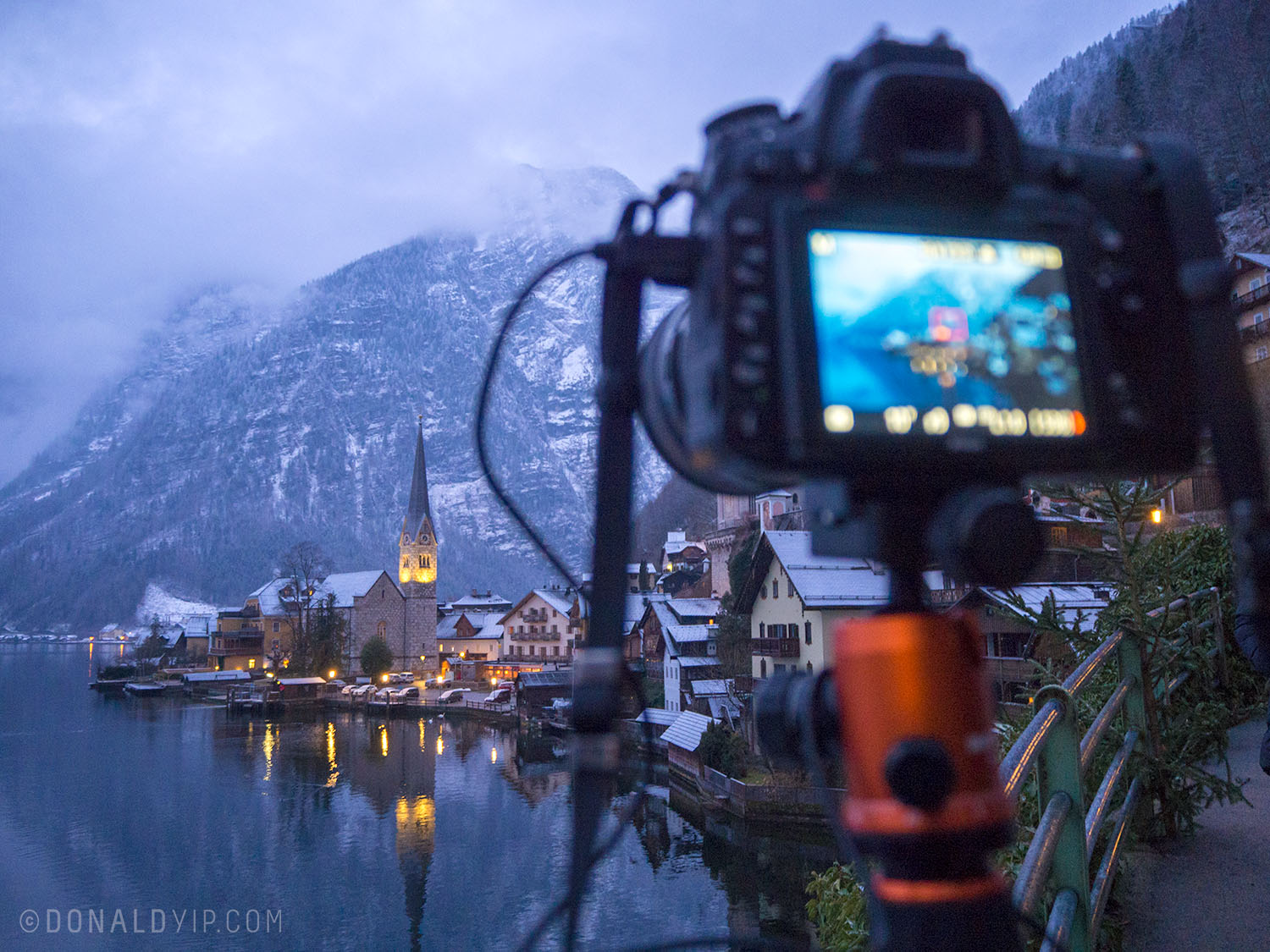