An Evening in Lisbon – Portugal

A vivid sunset in the hilly harbour city of Lisbon, from one of its many spectacular miradouros (viewpoints). 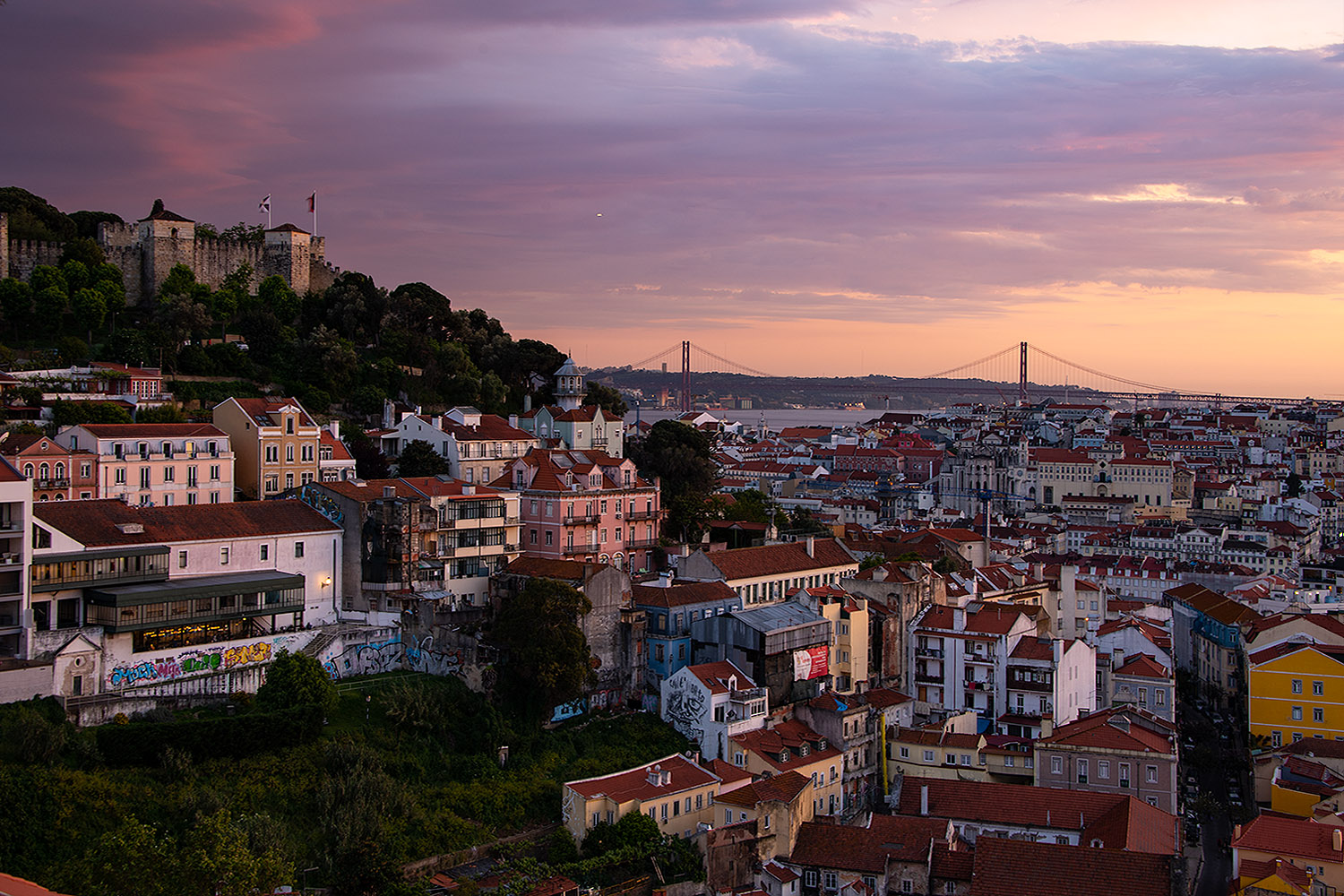 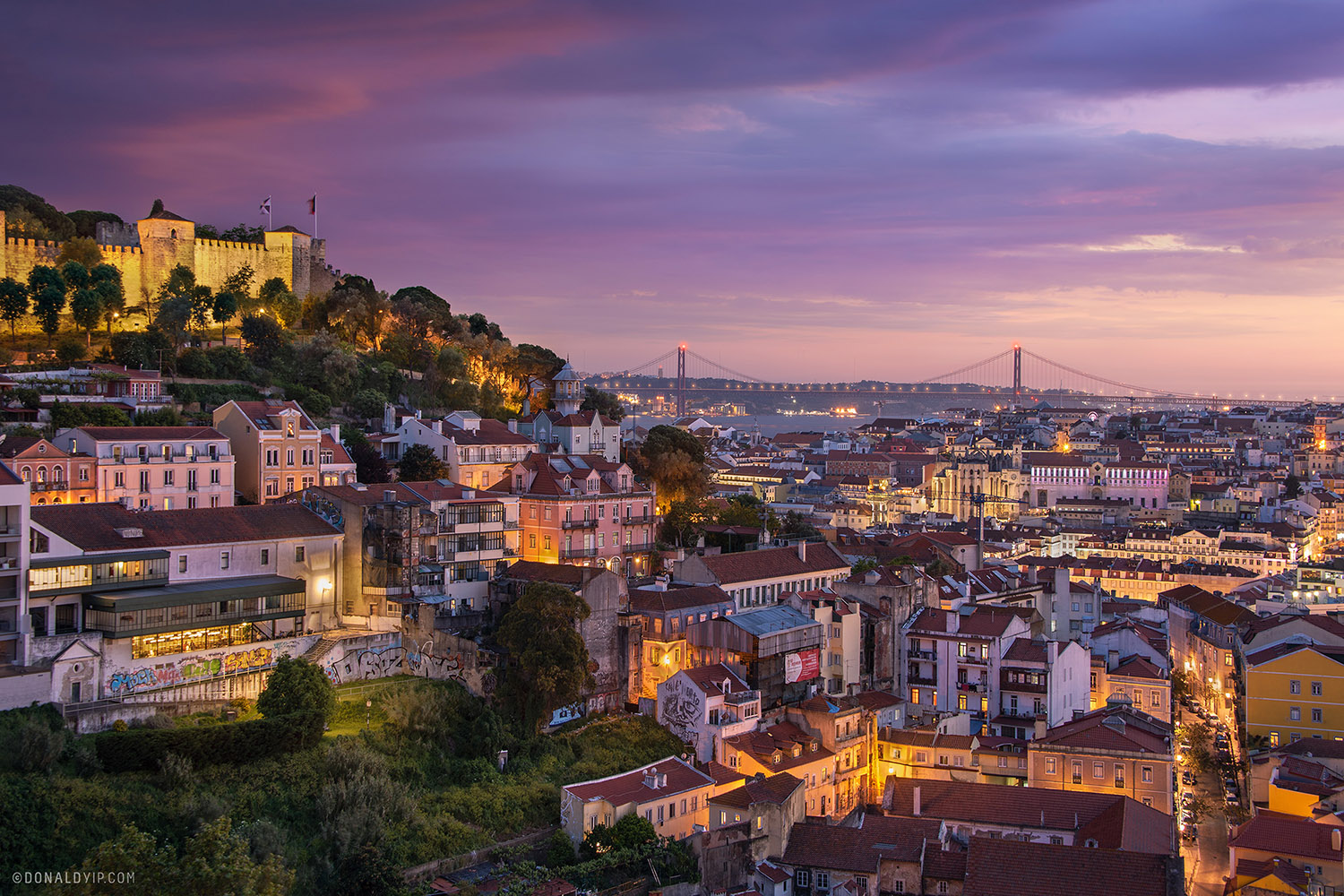 If you haven’t been, Lisbon is a super hilly city. Actually, it’s probably the hilliest city I have ever visited – my calves got a serious workout every day! But because of that hillyness, it also has some of the most fantastic viewpoints – and many at that.

This image was taken at one such miradouro – looking out over the old city, with the Castelo de Sao Jorge on the left, and the beautiful ‘25 de Abril’ bridge in the distance, which bears a similar resemblance to the Golden Gate Bridge.

It is a combination of 3 exposures; 1 for the sunset, 1 for Lisbon’s city lights, and 1 very underexposed frame, which was used to prevent highlight ‘blowouts’ on some of the brighter lights in the scene. 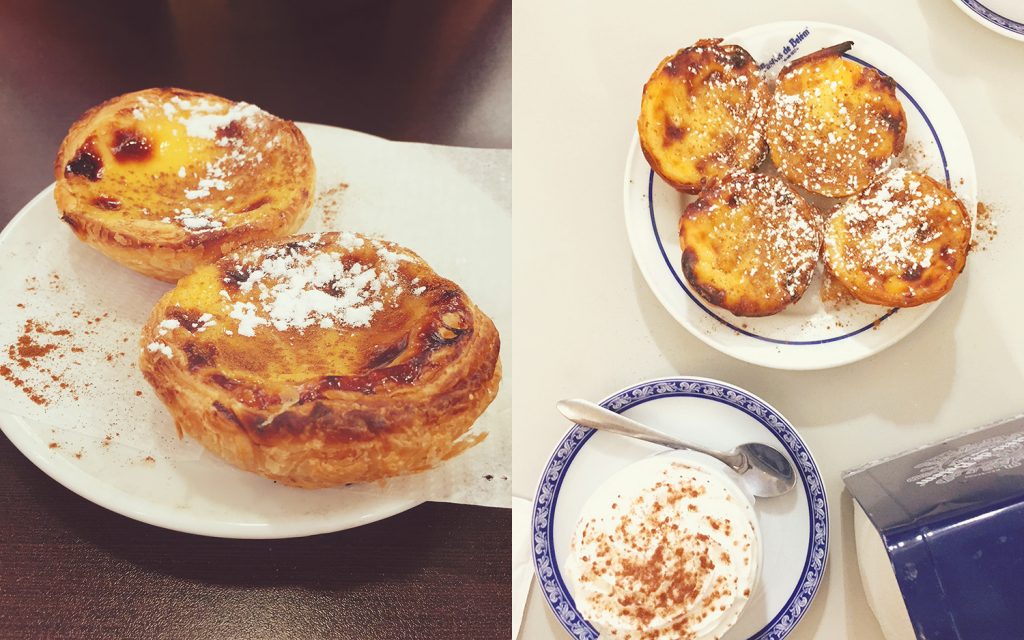 Despite all the hills, I really, really enjoyed my time in Lisbon. The atmosphere is relaxed, and the food (particularly the ‘pasteis de nata’, or custard tarts) super delicious and fresh. Exploring the many little streets of the Alfama section of the city was certainly a highlight too, and quite a unique one at that. 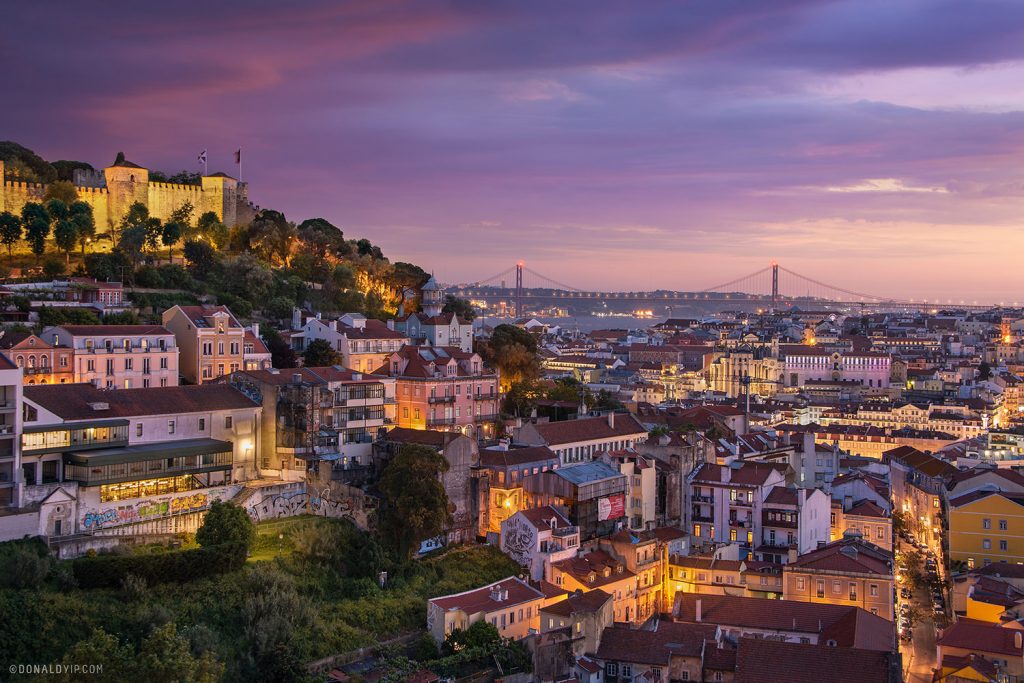