A magical morning at one of Bali island’s most iconic sites – the water temple at Lake Beratan. 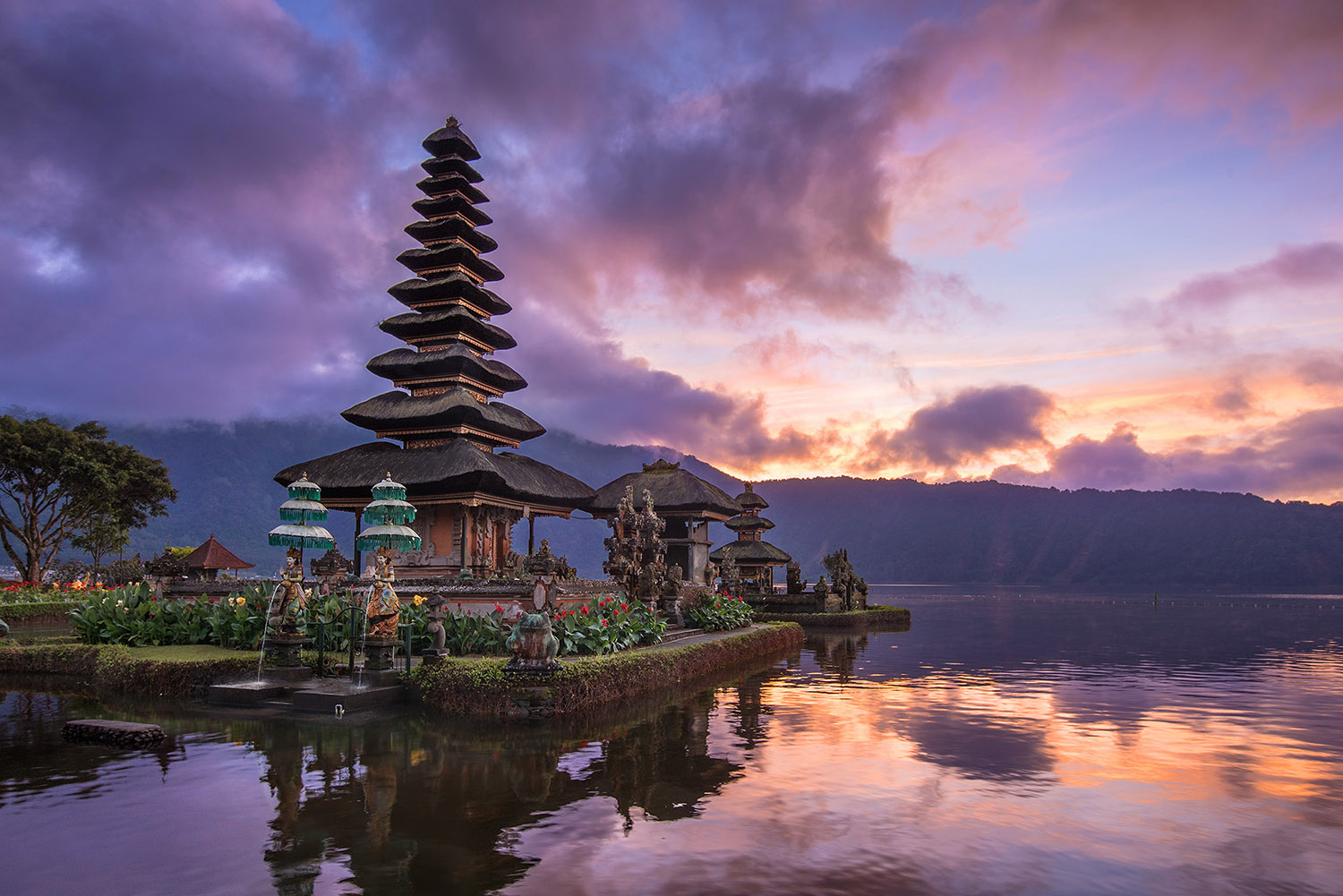 As the saying goes, if at first you don’t succeed – try again! This is particularly true of travel photography. And I know that’s hard to do sometimes, as you might be on a set itinerary, or don’t want to visit a place again a second, or even third time. But when the alarm blares at 4:00am, and you keep thinking in your head how nice and cosy your bed is… just remember, you already travelled all the way here, and who knows when you’ll be back again. Just wake up and go get it!

This photo was taken on my 2nd sunrise at this location, and I had actually adjusted my itinerary slightly to fit in this 2nd attempt in the case I didn’t get the shot the first time. And sure enough, the first sunrise was a fizzler as heavy fog obscured the sun and lake. Allowing time at a place for a second attempt is something I usually try to do if there is a particular shot I really, really don’t want to miss out on. 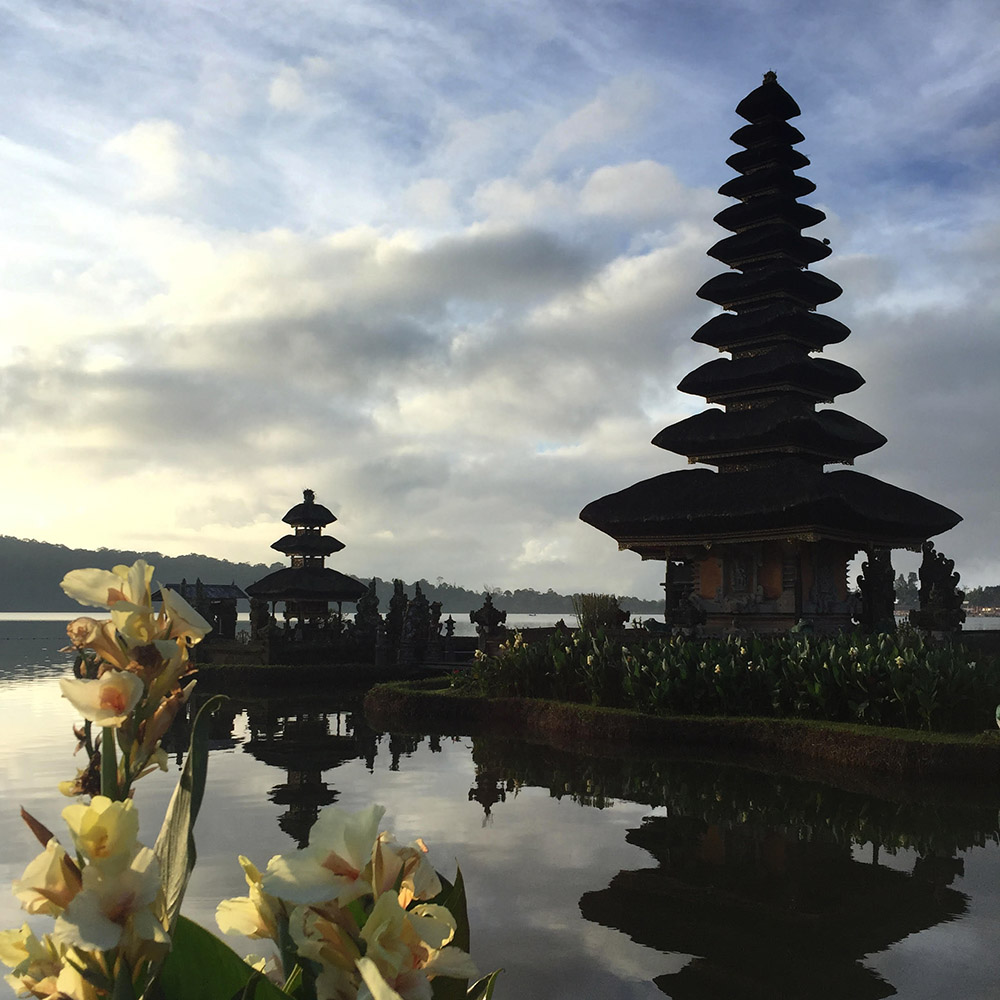 If you’d like to visit aswell, the driver was organised through a small tourist kiosk in Ubud, after shopping around a bit to get a feel of a reasonable price. We ended up negotiating a price of 30,000 IDR to take us to the temple well before sunrise, and back again after an hour or so of shooting. It takes about 1.25 hours from central Ubud, since there is no traffic. 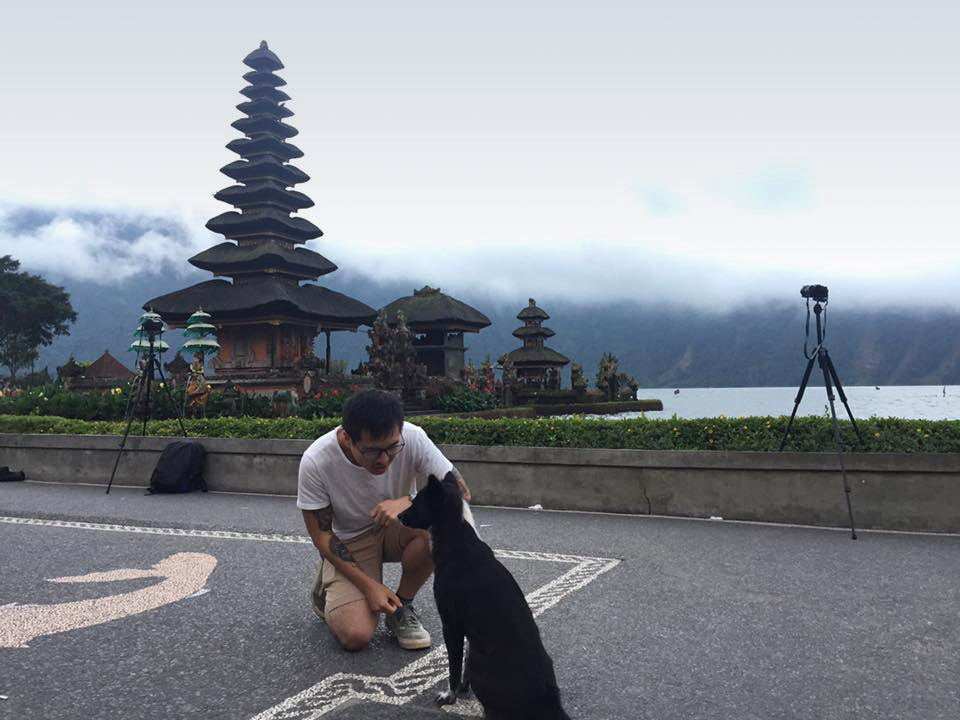 We were greeted by a little furry friend both mornings!

NOTE: Make sure you get the temple name right too – there is a similar sounding temple, Pura Ulun Dana Batur, but they are NOT the same temple, nor even anywhere close to each other. If you Google either temple name, you’ll see mixed up photos of the other temple on sites such as Tripadvisor etc. 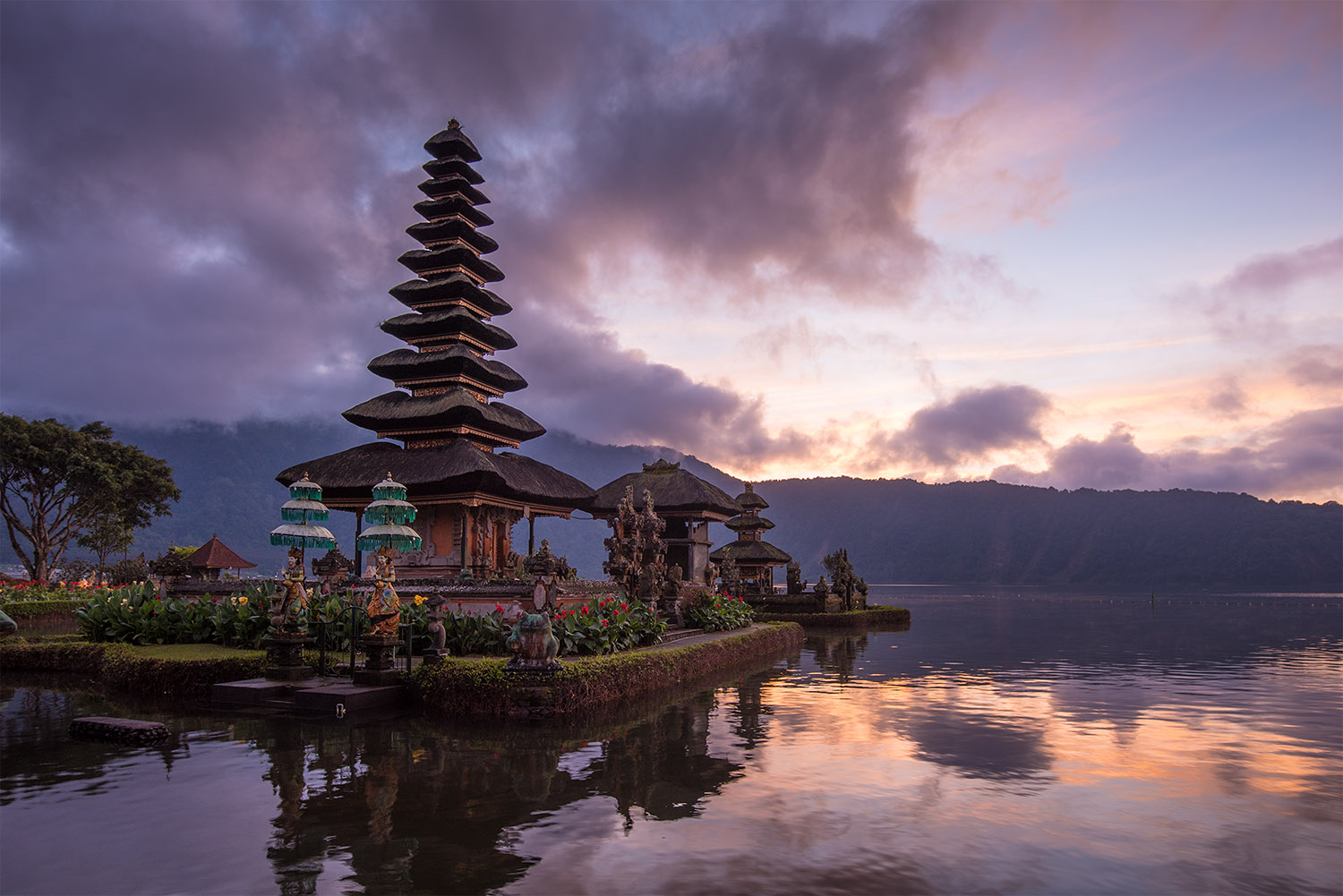 TECHNICAL INFO
Nikon D750 | Nikon 16-35mm @ 22mm | f/9 | 1/6s | ISO 50
Location – Lake Danau Beratan, Bali, Indonesia
Post Processing
– Barrel distortion corrected in Lightroom using the lens profile for the Nikon 16-35mm
– Exposure for the colourful sky exported into Photoshop. Then a seperate exposure which was over-exposed in camera, also exported into Photoshop. This second exposure was overexposed on purpose so that the dark shadows and temple side opposite the sun could be blended in with the first exposure.
– Seperate exposure blended in for the water pouring out of the jars held by statues at the entrance. This was because the water feature was only switched on later in the morning
– Verticals corrected, using the temple spire as a guide (using Photoshop guide rulers, a straight line down the middle)
– Saturation increased in selected areas (such as the sky and it’s reflections) with a mask